Tribeca is an open source protocol for launching decentralized autonomous organizations on Solana. It is heavily inspired by the designs of Compound and Curve governance.

The protocol runs on three programs: smart_wallet, govern and an electorate program (by default locked_voter). Together, these three programs are called The Tribeca Trinity. These are three separate programs that may be owned and governed by three separate parties. This system distributes the risk of failure across several components, maximizing flexibility and permitting upgradeability while minimizing smart contract risk. 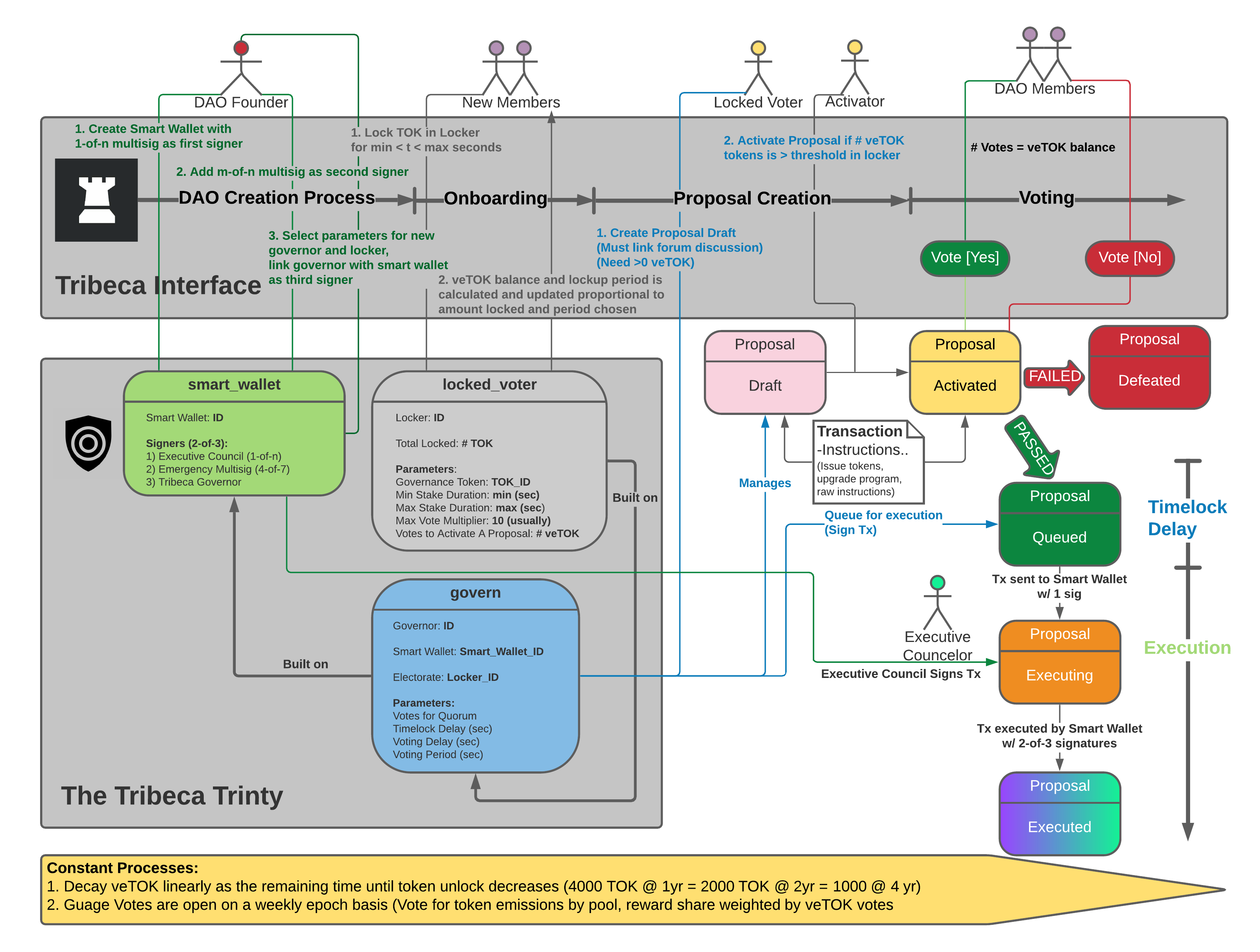 The Tribeca Protocol is built and maintained by members of the Tribeca DAO - which is comprised of members of Solana's leading protocols. The Tribeca DAO also maintains a frontend for DAOs to use at tribeca.so, which is free and open for any DAO to use.

Solana applications have historically been relatively centralized compared to their counterparts on Ethereum. Smart contract code is often closed source, and programs are freely upgradeable by teams. We believe the main reason for this is that it is simply too hard to create code in an open and decentralized way due to lack of common tooling for teams to use.

Tribeca attempts to solve this problem by creating a powerful yet extensible framework for governance. The initial release of Tribeca features an on-chain voting system coupled with a system to create and manage proposals, similar to Compound. It also features an optional primitive for vote-locking tokens to encourage long term staking, similar to veCRV.

Our mission is to increase the decentralization of the Solana network; that is, to make it cost-prohibitive to take down a protocol. By offering high quality governance products to all protocols, we believe that more protocols will default to giving more power to their users; that is, teams will launch tokens faster as the barriers to creating DAOs drop dramatically.

All claims, content, designs, algorithms, estimates, roadmaps, specifications, and performance measurements described in this project are done with the author's best effort. It is up to the reader to check and validate their accuracy and truthfulness. Furthermore, nothing in this project constitutes a solicitation for investment.